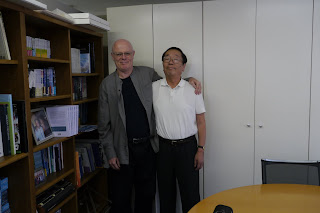 On Wednesday, English musician Morgan Fisher who has been living in Japan for about 25 years visited my office.
Many of you who are music lovers must know him, but let me introduce his brief background as follows for those who don’t know him.

Born in London, England, 1st January 1950.
First band: The Love Affair (#1 with "Everlasting Love" in 1968).1973-76 played keyboards with seminal British rock band Mott the Hoople, who were produced by David Bowie. In 1980 conceived and produced the unique "Miniatures" album (51 one-minute tracks by Robert Fripp, Michael Nyman, The Pretenders, XTC, The Penguin Cafe Orchestra, The Damned, etc. A sequel was released in 2000). Played with Queen on their 1982 tour of Europe. In 1985 moved to Japan and started to make ambient and improvised music. Became one of the top TV commercial music writers, including songs written or arranged for Cat Power, Karin Krog, Jose Feliciano and Zap Mama. Japanese artists he has worked with include Yoko Ono, Dip in the Pool, The Boom, Heat Wave, Kina Shoukichi, Haruomi Hosono, Kokoo. He continues his varied life as keyboard player, composer, film scorer, producer, and photographer. 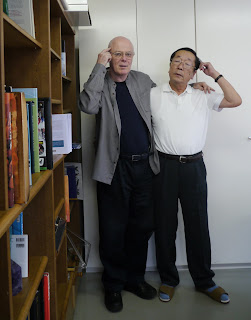 We first connected through facebook as he sent me a friend request. Then, I invited him over to my office because I wanted to show him some film clips of growing water crystal. We have been taking movies of water crystal after being exposed to music for some years. Up until now, we have already made them with over 50 pieces of music. So, I wanted to see how he thinks about this kind of film art, knowing that he is not only a musician but also a visual artist who has a wonderful sensibility.


I asked Morgan how he ended up living in Japan. He said one of the reasons staying here is that he loves Japanese food so much, especially natto, fermented soybeans. I immediately grew very fond of this unusual foreigner and we became friends.
The next day happened to be the day he performed live in Nishiazabu, so he invited us over. Many of us at our office love music very much, so total of 9 people went to listen to his live. 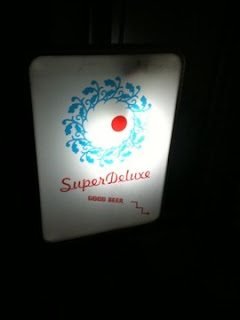 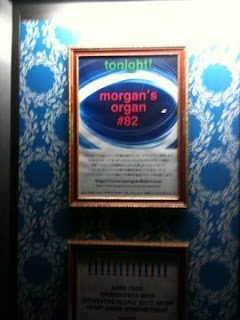 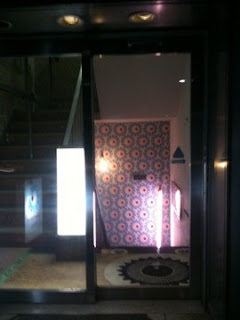 The show started around 8:00 pm. It was very unique as it showed film images on the three huge screens on stage ceaselessly along with his music until the performance ended after 9:30 pm.
Music, colors, images that reminds me of modern art, and comfortable sofa healed me as I enjoyed drinking tasty beer for a good 2 hours.