The last day of Hado Instructor School started with Dr. Emoto’s class, “Power of Prayer”. In his class, he talked about what he accomplished when he had a prayer ceremony at Lake Biwa in 1999 and also another ceremony at Lake Baikal in 2008 with using different slides. He also talked about “cloud clearing game” and through these events, he explained about power of prayer.

Next class was Rasmus’s “New Science of Water”. He explained about how he met with Dr. Emoto and it was a very interesting story so I would like to share with you.

First of all, Rasmus’s father was a big fan of Dr. Emoto’s work on water and he organized Dr. Emoto’s seminar in Switzerland more than 10 years ago then they became friends. After that, he recommended Rasmus to go to Tokyo to study about the water crystal experiment because Rasmus studied science in the university and Rasmus’s father though this water crystal experiment needs more scientific approach and he thought it is good for both. Then, Rasmus came to our water crystal lab in Tokyo together with his fiancé, Lisbeth and they had the training for one month.

Rasmus confessed this time at the Hado School about this that he first wanted to disprove Dr. Emoto’s work because he thought there was no way the music or people’s consciousness could influence water and changed the water crystalline structures at that time. However, as he photographed water crystals, he began to get drawn into the beauty of water crystals and realized that the water can react to different information.  After the training was finished, he went back to Europe and shortly after that, he established Hado Life Europe where he produced numerous of water crystal photos in next 10 years.

Now he is not only working as a researcher but also as a speaker and visiting many different places to give seminars about water in Europe. It is so precious to have him in our team because he has scientific background and mind yet produces a lot of water crystal photographs.

This time in his class, he talked about not only his research on water crystals but also different water experiments done by different scientists. He always speaks about information on most advanced water researches in the world so it is very interesting. There were many questions which were asked to Rasmus after his class. 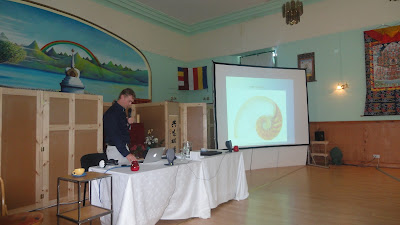 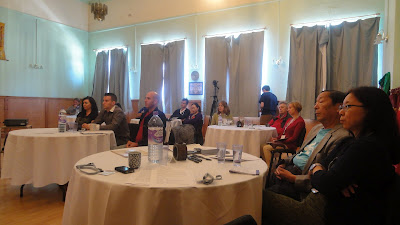 After the delicious lunch, Kumanga, the organizer of this Hado School gave a talk. She talked about how Dr. Emoto’s work changed her life and how she met with him and training on water crystal experiment she took in Tokyo and also the plan to set up water crystal lab in Scotland. She is a very pure person and I can see people around her at the Nilpul center are same. I am sure that they can create a successful water crystal lab because purity is very important to this experiment. 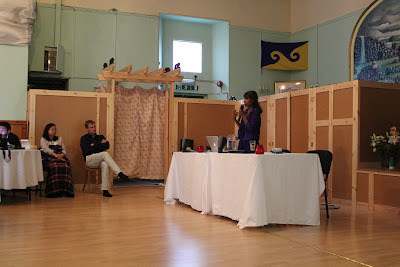 The next class was done by Lindsey Kemp from New Jersey, USA. She came to the last Hado School in Aso, Japan to become a Hado Instructor. At that time, her purpose for the visit was to make a documentary film on Dr. Emoto’s work so she took an award winning professional camera man to Japan with her. Even though the film is not completed yet with different reasons at the moment, instead, she developed a wonderful mobile application for iPhone called “My Hado” and now it is available to download everywhere in the world. She said that she has been having a lot of synchronicities since she came to Hado School and now she follows her intuitions and make a decision and that is why she came all the way to Scotland by own expense to support this Hado Instructor School this time. She is a very cheerful person who gives energies to people around and she looked after the participants very kindly this time and she was so helpful for everyone.

She talked about the information on My Hado application.

Then the last class of the 14th Hado Instructor School was of course Dr. Emoto’s class. He talked about Emoto Peace Project. He said this project is his primary mission. He believes many issues that we face around the world today such as race issue, religious issue, environmental issue would be solved in the future by children reading the book, Messages from Water now. Water is essential for our lives in regardless of race, religion, and environment but we don’t know much about water and that is why we have so many conflicts.

Carmen from Hong Kong who joined Hado Instructor School this time has already doing her activities with local children by creating the book for children in Chinese version and distributing them to children and giving them teachings on water and power of the mind by herself. We are so pleased to have her in our team and we were even happier when she said she would like to organize Hado Instructor School for Chinese speaking people. It would be great if that happens. So it is very important to teach theses this water messages to children as a Hado Instructor for the world peace.

At the end, we had a closing ceremony and everyone received a certificate as a Hado Instructor. Also, they received CD rom which contains all the slides and video files that Dr. Emoto used at his classes and 500 water crystal images together with Hado Instructor budge. 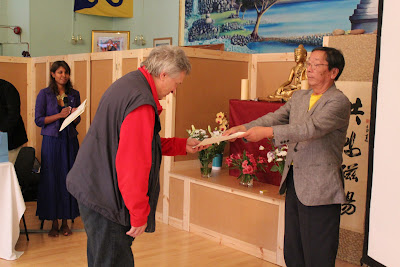 This time, we had 11 Hado Instructors which is not many but we can visualize that each one of them will spread the water messages and Hado to their own communities then that will spread our more and more. We are very happy with the outcome of the school this time and we would like to give great thanks to Kumanga for making this Hado School happens and also staffs at Nilpul Foundation for their great supports. 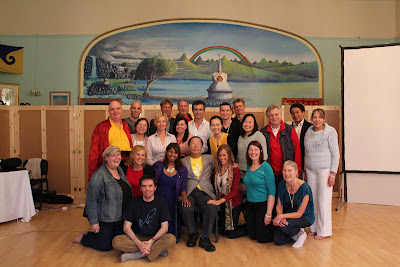