Love and gratitude and prayer for the children of Fukushima

14th October Sunday at 8 o’clock in the morning, Dr. Emoto and four of his staff set off in a van from Tokyo to attend an event that was to be held in Ko-oriyama, Fukushima, the establishing of a new organization ‘The parents’ organization to provide safe water to the children of Fukushima’.

Dr. Emoto had just returned from Hawaii where he attended and gave a speech at the World Congress of Quantum Medicine. He has in the past aided almost 10 thousand people with their health issues and with the knowledge of Hado and water, has been able to strengthen the immune system of which the results of his research has been published in one of his books ‘Prelude to Hado Era’. His research was praised by the Open International University of Sri Lanka and he was awarded Doctor of Alternative Medicine. We were happy to hear that his speech in Hawaii was a great success. During the 3 1/2hours trip to Ko-oriyama, we had meetings and checked the latest slides that we were to show at the event.

We had lunch at a popular Misoya-ramenn (noodle) restaurant, close to Ko-oriyama Yuracs where the ceremony was to take place. While waiting outside in line, there was a couple that smiled at Dr. Emoto and staff wearing the Wa-Ryu T-shirts who turned out to be one of the participants. It was an unexpected encounter. We enjoyed our lunch and headed for the event.

13:30 The establishing of the new organization ‘The parents’ organization to provide safe water to the children of Fukushima’ began held by NPO Emoto Peace Project. 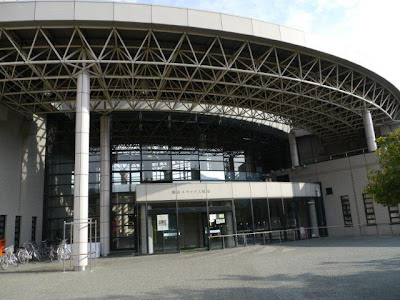 Venue of the event

The ceremony opened with the showing of the film ‘INORI Prayer~Conversation with Something Great’, directed by Tetsu Shiratori. It was the first time for this film to be shown in the Tohoku region. It is based on the story of Kazuo Murakami, Emeritus Professor at Tsukuba University, of how the genes could be turned on by ‘laughter’, ‘joy’ and ‘gratitude’.

are some topics that left a deep impression. After the movie, there were people who were wiping their eyes with their handkerchiefs which moved me.

During the break, there were many people who came to buy books and Wa-Ryu T-shirts. There was a boy who came up to Dr. Emoto to get his book signed and was asked ‘Do some study on water in the future’. He looked a little embarrassed but he smiled happily. 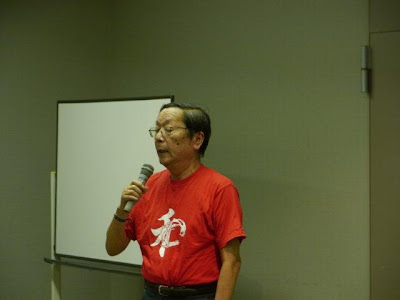 The photos and videos of water crystal experiments by exposing water to the prayer Hannyashinkyou and the nuclear experiments that have been conducted worldwide brought silence to the audience. He also showed the picture of the water crystal after the radiation leak accident in JCO Tokai-mura, Ibaraki Prefecture and of another picture which showed a beautiful crystal after impressing the water with information that enhances the immune system. Immunity or self-healing abilities means that there is no stress and shows how important it is for the human body to have the information of love and gratitude. He talked of the ‘MRET－Angel Water’ developed by Igor Smirnov, Ph.D. which have achieved good scientific results in the USA and the participants listened intently. 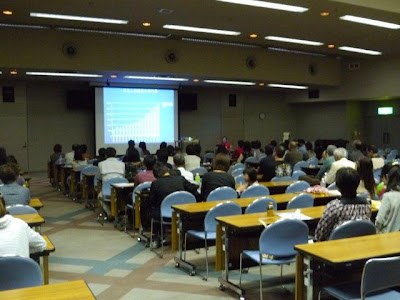 At last, time to distribute the ‘MRET－Angel Water’ (600ml X 16 bottles). They all carried the heavy cases to take home looking very happy.

The event for ‘The parents’ organization to provide safe water to the children of Fukushima’ was attended by over 80 participants from Fukushima Prefecture and other Prefectures and was a great success. We will continue to distribute safe water to the children of Fukushima and hope to transform this into a nation-wide and world-wide activity. We would like to thank all those that participated in this event. Thank you all very much. 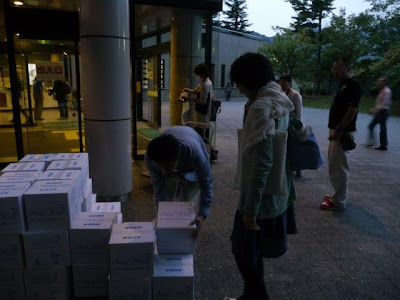 We gave away a box of Angel Water to participant