The second day of Hado Instructor School started with a seminar by Ven. Karma Jiga who is a head of Nilupul Center here. Ven. Karma Jiga is a local Scottish and when he was 21 years old, he entered Buddhist priesthood. When he was young, he felt he is different from everybody around him and when he first visited Tibet, he felt it is the place he belongs to. Then after that, he went to Tibet to go through Buddhist training to become a Buddhist monk. Then, he went back to Scotland and established a Buddhist temple to spread Buddhism and taught meditations. He is well respected by people here in Dundee. He is also a Hado Instructor who came to the Hado Instructor School in Lake Biwa, Japan together with Kumanga. 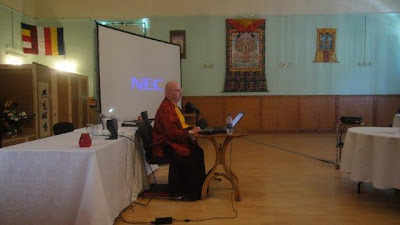 In his seminar, he introduced the teaching of Buddhism through five elements and at the end, we practiced meditation together with everybody.

The next class was “Messages from Water” by Dr. Masaru Emoto. He used so many different slides of water crystals to explain how the different information can affect water in different ways. 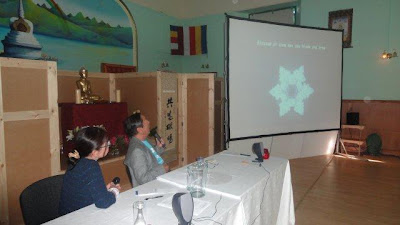 After the lunch at the Nilpul center, we had a class by Michel Factor. She used crystal bowls to make beautiful vibrations for everybody to make meditations. We tasted the water that was in the crystal bowls and the most of people felt the taste of the water became sweeter. There were full of energy made by the crystal bowls in the room.

The last seminar of the day was Dr. Emoto’s “Power of Kotodama (Spirit of words)” Again he used water crystal slides and video to explain how the water can be changed by different words. He said that “a human being is 70% water so when you look at these water crystals that were affected by words, please always remember this happens the same to the water in side of your body.” So it is important for everybody to use positive words to make healthy environment and that is a key to the world peace.”

In the evening, we moved to a very nice hotel in the suburb of Dundee by car and had a dinner party with participants. 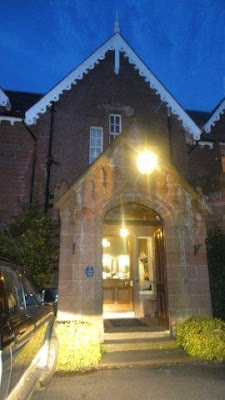 Hotel where we had dinner party 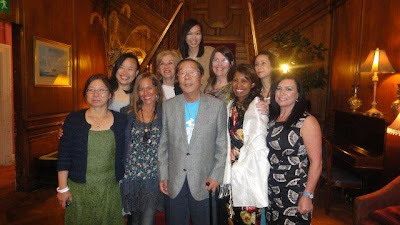 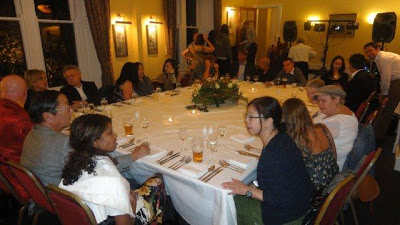 When we were having the dinner at a private room, Kumanga told us that “there is a surprise for you” and we were wondering what that is and shortly, several people came to our room and started to set up different instruments. Then, they started to play local Scottish music. The flute player of the band was a Maggie, who is a staff at Nilpul center. She was playing beautifully together with other members of the band and it is nice to see people at different ages playing the Scottish traditional songs together. They said there is a culture in Scotland that man and woman dance together with the songs so some people including me (forced to) danced. 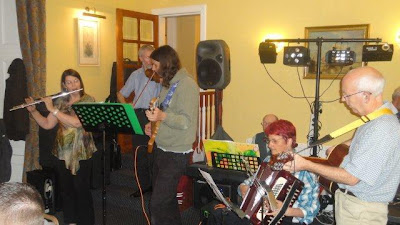 Sottish songs are so nice 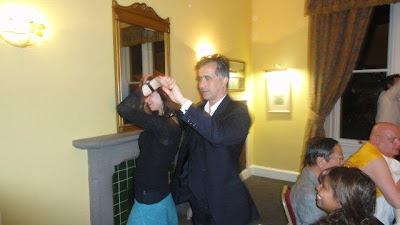 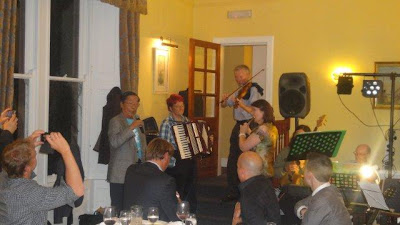 Dr. Emoto singing with the band

Dr. Emoto requested a local song which was also translated into Japanese and popular in Japan, and he sang the song with the band in Japanese. Everyone liked that and the music performance was finished with great éclat.

However, the surprise was not finished yet. After that the Karaoke system was prepared in
the room for everyone.

Kumanga told us that when she joined the Hado Instructor School in Aso, Japan last time,
she felt it was so impressive that we had a Karaoke party together with all the participants


and became one with music so she decided to have the Karaoke party this time too despite
the karaoke is not so popular in Scotland.

So the Karaoke party started and of course Dr. Emoto started to sing and also other
participants sang and we had a great time. Dr. Emoto always says at his seminar “Water
loves music so please listen to good music every time for your water inside. And the water
inside of your body loves the owner to sing songs the most because water inside of your
body is like sitting on a best seat of a concert hall and listening the music. Of course the
owner has to sing beautifully!” 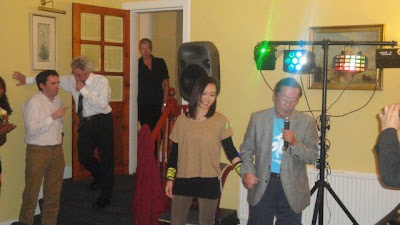 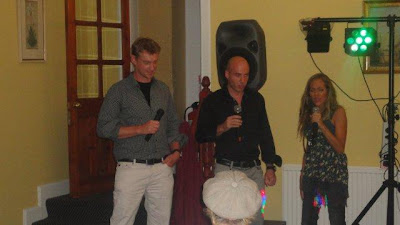 Rasmus, Jonathan, and Lindsay singing together

School and the Karaoke might be the required class for the participants from now on.