Report on “The World Peace Prayer Ceremony in Fukushima”

The ceremony held early in the morning on July 25 was concluded in a very meaningful way creating several positive miraculous occurring. You can watch the video footage on Ustream at (http://www.ustream.tv/recorded/16226818#utm_campaign=synclickback&source=deniedbyhost&medium=16226818 )

Surprisingly enough, there was an iridescent cloud near the setting sun. 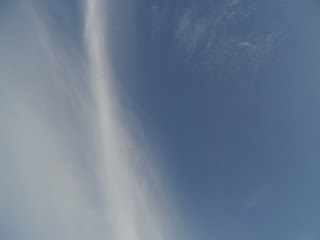 At 3:51 in the morning, right before the ceremony began, the earthquake of Magnitude 6,2 has occurred. The epicenter was offshore of Fukushima Prefecture. We were at the beach only 40 Kilometers away. The earth shook for quite a long time and stopped.
I felt like the dragon in the ocean wanted to greet us saying “thank you for having the ceremony early in the morning. I am here watching over your work.”

After Reverend Katakura invoked the gods with his chanting, Megumu Nishino who is one of the best taiko drummers of Japan offered his taiko drumming. His performance was divinely perfect. He played at the ceremony of Nagano Olympic game, and he received an honorary award in Mongolia. He was introduced to me by the stage producer Norihiro Kubo when we had an event at Lake Biwa last year. 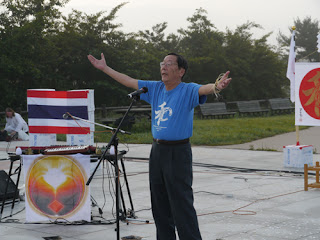